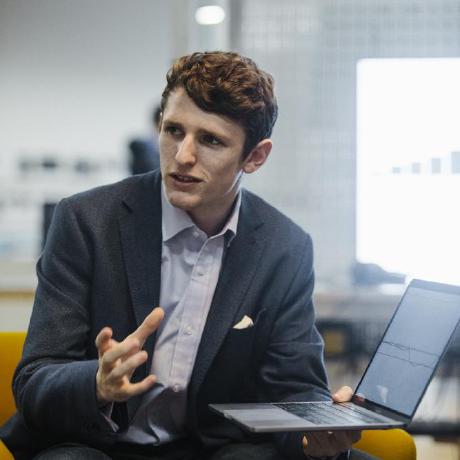 Using the remaining money earned through JoeDocs, my team and I built PubTable, offering free tools to over 80 pubs, bars, and other venues around the UK that helped them re-open safely to over 30k guests.

Originally running on Google Docs and HandbookPls, the CoronavirusTechHandbook quickly reached Google Doc's soft limits (100 concurrent editors and 10k viewers/month). I, the project's CTO, was tasked with finding a way around these limits. It was clear that Operational Transform (Google Docs, Ether Pad, etc.) was never going to scale to the level we needed it to, so opted to develop a full editing experience based on CRDT. The JoeDocs team and product were built and launched in under a month using some money from the CoronavirusTechHandbook.

Before the UK lock-downs, I helped create the CoronavirusTechHandbook. We raised $100k from NESTA and GrantForTheWeb to develop the base technology and content for the handbook. The handbook had great impact, reaching hundreds of thousands of people around the world, and connecting domain experts from different fields who shared ideas and innovated in cross-domain projects.

Huddled
Not Yet Launched Team Size 4

We found that JoeDocs' presence indicators had a profound impact on people's emotional reaction when viewing the documents. They add social proof improve retention on most websites, so we decided to build and launch a product out of the existing IP.

As a fun side-project with my friend Gordon Williams, I built a directory of great WebVR games. This was designed to be viewed in an Oculus Quest, but the games work on most VR headsets.

Before the 2019 election, myself and a group of friends created a collection of Google Docs to serve as a knowledge-base and community hub for technologists building tools related to politics and the election. I made HandbookPls, which allowed us to add domain names, analytics, and tabs to the Google Documents. This allowed the website to become viral, reaching tens of thousands of political technologists around the UK.

HandbookPls is a utility for creating navigable websites out of Google Documents. It allows users to add domain names, analytics, tabs, and social-media sharing metadata.

After my previous startup - Della - I decided to work on social-good projects. I decided to focus my efforts on the news/media industry. I spent a year researching the industry and, as part of the research, developed a community of technologists passionate about fixing news. Under this brand, so far, I have run two hackathons and 6 meetups.

Disappointed by the lack of balance in the political technology sector, I decided to build a community of conservative technologists. We ran a successful hackathon and a couple of meetups before the Coronavirus pandemic forced us to stop. We are still deciding what to do with the brand going forwards.

I love Svelte. When I love things, I like to talk about them. The problem is, most web developers love React while Svelte is for React-skeptics. I helped run two Svelte LDN events before the Coronavirus pandemic.

I wanted to learn more about photography, so I arranged photo-shoots in public places and invited other photographers to join me. I ended up being coached by some of the best professional photographers in the area.

SquaredUp (where I was working at the time) sponsored me and a colleague to run regular tech meetups in Marlow. We ran 8 very successful events, with some great speakers. I eventually stopped running Marlow[dev] when I left the company.

I founded Gived as an umbrella for the output from research I was conducting at LCPT into ways we could improve the monetisation of news/media/journalism. When the Coronavirus pandemic hit, we changed focus to help provide tools for individuals and businesses affected.

My consulting has helped pay for my start-up habit. I’ve worked with small businesses and large charities to help them develop digital strategies and products.

RSPB – Advised on steps to become an environmental sector “Technology Leader”, they then asked my team to implement a number of the recommendations we made.
CommerceTest – R&D of software development tooling, much of this has been published academically
BlueSky – Automated many business processes, improving customer experience and freeing up staff to carry out non-repetitive tasks
Kiwix – Lead maintainer on multiple open-source projects, greatly improving code quality metrics by 60%
MetDesk – Remained contracted after my employment assisting with development, maintenance, support

I co-founded and led the technology development of a start-up in Hungary. We released 2 Android and 2 iOS apps, working in the recruitment industry. We were in talks with a large enterprise client when Hungarian law changes made the business obsolete.
We were the first organisation in Hungary to build legally sound online contracting and ID verification.

Took on a 1-year delayed project, re-architected and launched within 6 months. I ended up being responsible for this entire product (among others) for my entire employment at MetDesk. I worked with customers (intra-day traders) and domain-experts (weather forecasters) to design and build a powerful best-in-class UX.
Over my employment at MetDesk, I introduced Git, Staging Environments, CD, Code-Review, and other industry best-practices.

Worked on an enterprise monitoring application, loved by its users. I learned a lot working here.

I have given many technical talks, here are some of them: